Natural from Rio de Janeiro/Brazil, Professor Mondelli has over 30 years of practice in Martial Arts and he is a certified Brazilian Jiu-Jitsu Black Belt, with many titles and a lot of experience training amateur and professional fighters.

In 2003 Professor Mondelli moved to Connecticut starting his first #BJJ program in #Danbury, #CT. A year later he joined American Top Team, the biggest MMA team in the USA. In 2011 he founded Kore Martial Arts and BJJ, An Association that gathers many other schools around the country following his BJJ curriculum along with Judo based on the curriculum created by his Sensei, Mr Dennis Hill from Aiki Academy, North Branford.

Our Head Coach has an abroad view of Martial Arts and Brazilian Jiu-Jitsu, integrating Wrestling and Judo to his program, as a result, our programs have a wholesome approach. He is also a Black Belt in RMA (Reality Martial Arts) under Shihan Walt Lysak Jr and Self Defense / Combatives Specialist.

In 2013 Professor Mondelli was featured in the Fight! Magazine as one of the best MMA coaches in the country! They listed our head coach in the article: The 5 Best Coaches You Don’t Know…But Should. Great article about coaches that have been working hard getting athletes ready for big events. A few know but Professor Luigi has coached many MMA Fighters in over 120 MMA events, from amateur to Bellator and UFC.

2. Luigi E Mondelli (ATT CT)
When you list two of your mentors as Ricardo Liborio (ATT) and John Hackleman (The Pit), you are standing on the shoulders of giants. And when your star student is the hottest contender in the UFC (Glover Teixeira), it’s time to pay attention. Luigi Mondelli is a third degree BJJ black belt with more than 21 years of martial arts experience. Luigi understands that MMA is evolving and that coaches need to keep an open mind and never stop learning. “Always keep the martial arts values as part of the training. Being a fighter is easy, being a martial artist living the Bushido is a challenge.” ~Fight Magazine 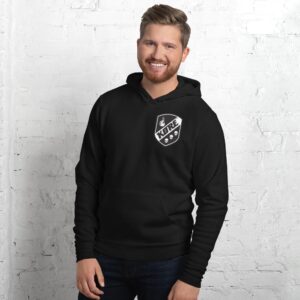